There is so much to draw about South Africa. I thought about the beautiful animals, the art, and the natural beauty that we encountered throughout our trip. One of the things that struck me is how the country grew up since ridding itself of Apartheid. South Africa is still on her journey towards equality. There are still townships that line the edges of freeways, and poor blacks working in rich white neighborhoods guarded by electric fencing, razor wire, and guard dogs. I was concerned since the neighborhood we were staying in seemed safe enough, but then why the heavily guarded fences adorned with razor wire? Our taxi driver in Johannesburg explained that it is a hangover from the apartheid days. In spite of that negative touch, I did get the feeling that South Africa is trying and will one day get to enjoy equality more on a par with other developed nations. Visiting the Apartheid Museum was a moving experience, and why three years later after taking up drawing, I chose to attempt to draw Mandela, The father of South Africa.
The Apartheid museum takes you through a timeline of brutal oppression by Dutch and British colonialists. The timeline begins when you buy your entrance ticket.You are randomly selected to be a black or a white person. I got a “Nie Blankes” ticket — Non-white, and my husband got a “Blankes” ticket. Believe me, there is something very visceral about being labeled and having to walk through a different entrance. It was a very powerful message, that is designed to strike a chord. It certainly did strike a chord. It was an odd feeling getting my ticket, that I can’t quite describe. It was impossible to try to walk in the shoes of a black person during Apartheid days. Whatever I felt must have been how black South Africans must have felt everyday only much, much worse. Imagine seeing the signs that were displayed along my walk way, “Pretoria Suburban Station for Non-Whites”, “Non-Europeans Only”, ad infinitum. And not just marginalized socially, but economically with no reprieve like I would have after a few meters. They certainly would not have been on a holiday. Every aspect of life was marginalized under apartheid. On my right, there were the ID cards or “Bantu Identity Card” which had the photo, and the name of the card holder’s group or tribe. The person’s card who I took a photo of was only 2 years older than me. It struck me again how recent this shameful regime existed. I also remembered and was reminded again of the murder of Stephen Biko. Stephen was beaten to death at 30 years old by state security officers. Black South Africans my age would have lived through it all. Sure, I was aware of it and the sanctions imposed by other countries, but nothing brings it home like seeing the signs, Bantu ID cards, and just how much the regime restricted the lives of blacks. Another heart-rendering story was of Hector Pieterson who got killed in crossfire by police during an upraising in Soweto. The photo of a neighbor carrying his lifeless body is another image that stayed with me. South Africa now commemorates him with a Youth Day which honors young people and brings attention to their needs. This is just one way that South Africa is healing from her recent past.
I remember being in London when the music world celebrated Nelson Mandela’s 70th Birthday at Wembley Stadium in 1988. He had been in prison at that time for 24 years. He finally was released in 1992 and became the President of the country. Against all odds he became educated and fought for his people. He galvanized the world and black people to resist a regime that built a society based on racial segregation. Apartheid affected every aspect of black people’s lives entrenching them into even more poverty. The Ferry Terminal out to Robben Island where Mandela was imprisoned for 27 years, has quite an exhibit. I studied the black and white photos and pondered over the looks of black people’s faces as they had to uproot from their homes in urban areas and moved out to “Bantustans”. Another photo shows a woman with her two children, a baby in one arm, and a little girl holding onto her hand during a mass eviction that was part of the Natives (Urban Areas) Act of 1923. The little boy is crying looking straight at the camera. In the background, more people are running, fearful, and shocked. It’s an image that stuck with me. I felt sad and angry, and deep down — guilty — guilty on behalf of my white European ancestors who had bestowed such suffering on to a people based on skin color.
I felt bad that we had not done more to get out to Robben Island. All the Ferries were fully booked and we were leaving the next day. We also didn’t make it to Soweto. I was in two minds about going to gawp at a township. It is where people live and I felt that we’d be engaging in some kind of voyeurism by going on a tour. I felt ambivalent about the whole thing. Now I wish I had gone especially to see Mandela’s home there. We will be back. No wonder South Africa is a wonderful, and beautiful country. She had a brave, and courageous father. 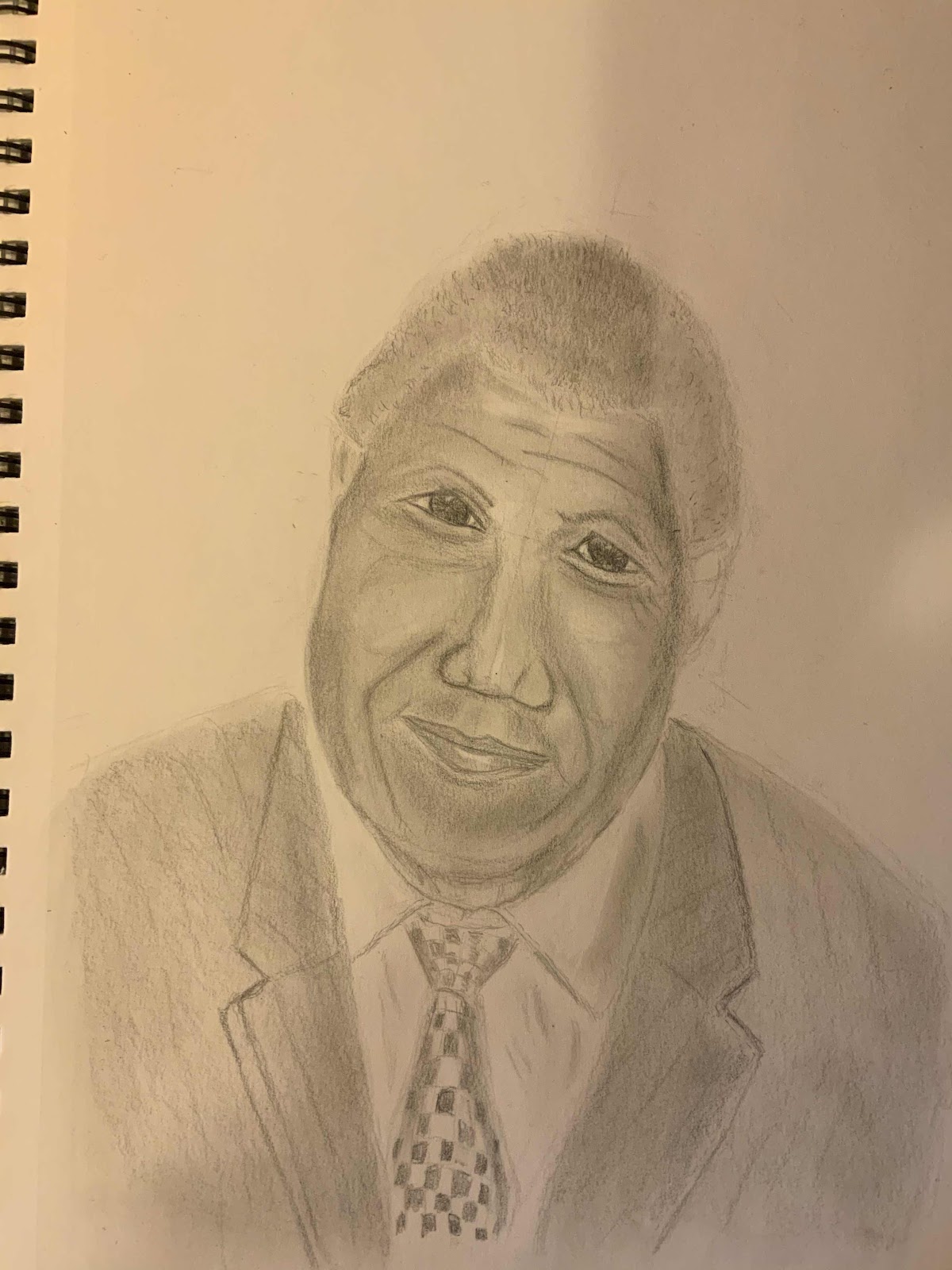