Remember my blog on Georges Monnot ? Well, he shares something in common with Django Reinhardt. They both share the same graveyard in the little French village of Samois-sur-Seine just outside Fontainebleau. And while Georges isn’t famous like Django, I just wanted to put long forgotten Georges into the spotlight. Now my tribute to Django.
I have listened and learned more about Django. I won’t tell his life story because many books and movies tell his story better than this blog post ever could. However, a few things do impress me about him.
Django Reinhardt learned to play violin when he was twelve simply by watching the fingers of musicians playing. He also played the banjo and guitar. Even a horrible fire in which he suffered terrible burns to his body including fingers didn’t stop him from playing. Sadly, like Georges, he died way too young at age 43 from a brain hemorrhage.
I have my husband to thank for getting me into Gypsy Jazz and introducing me to Django. So when he called me at work one day and said that there was a Django festival in Fontainebleau, I immediate said, “Book the tickets, and we’ll worry about flights later!”
We got our festival tickets, and I was excited and delighted to attended the Django Festival in Fontainebleau just outside Paris. There are Django Festivals held around the world in his honor every year. It felt wonderful to spend four days near his home town of Samois-sur-Seine. Breakfast in the tiny village listening to gypsy jazz bands in the warm sunshine; people chatting, coffee, more coffee, sun, pastries, ice water, tapping feet, all completed the scene of French village life.
The atmosphere at the festival in Fontainebleau was as delightful, and very laid back with amazing impromptu jam sessions that sprung up just about everywhere. People who didn’t know each other were bought together, played together, and united through music. Music does that. It is universal. What a wonderful thing that is.
In my opinion, Django is a musical genius despite never learning to read music. We will return, and next time I will contribute to Django’s guitar pic collection left on his grave. I will also lay a rose for Django’s nearby neighbor, Georges.
Meanwhile, I continue my battle with faces. My little sketch tribute to Django. I will try to do him more just as I get better. 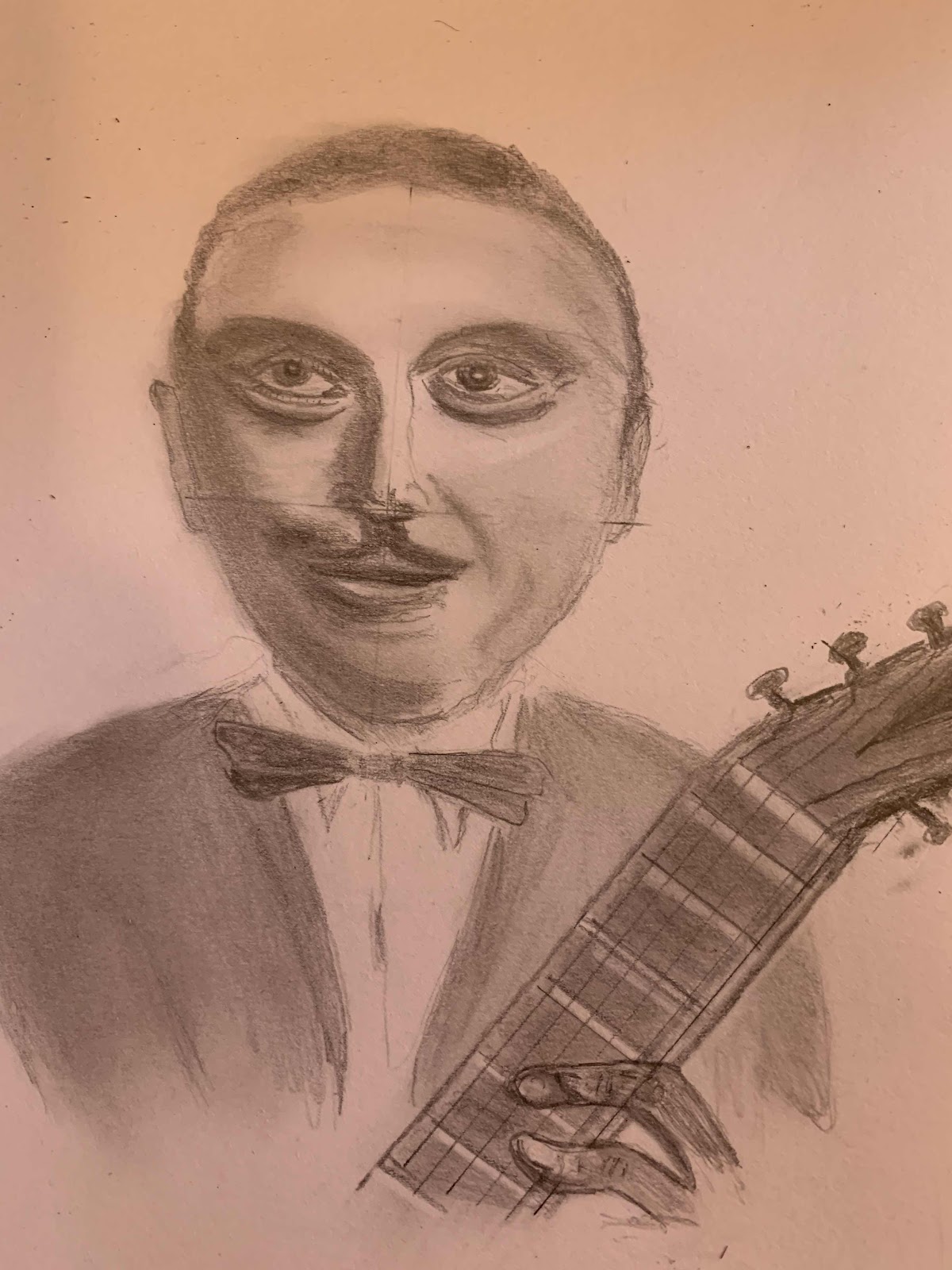 Reference photo. My goal is to try this in charcoal which will provide much darker shading... 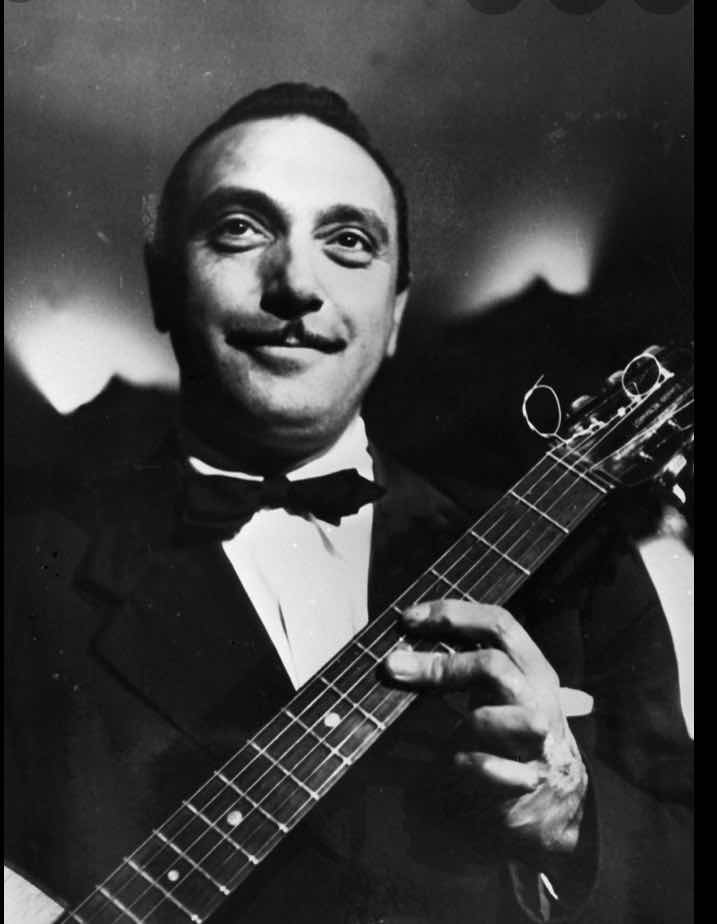 Posted by Adrenoverse at 8:09 PM