From Milk to Booze

My drawing experience is growing with a main focus on still life right now. I eyed my vintage Coors pot on top of the kitchen cabinets where it had been collecting grease and dust for how long, I would rather not say! Also, I am proud of this bargain that I found in a junk job for what was $100 marked down to $30. I should really treat it more nicely.
Before I could begin to use the pot as a still life piece, I had to start with a clean piece. After all, I did not want to mess with trying to sketch the accumulated brown grease.. (I must look up more often).
The pot was a lot more challenging in part because I should have chosen a lighter medium. I did the lid with a medium willow charcoal which is thankfully very forgiving. For the pot, I used 4B graphite. I should have stayed with 2B which was my original intent. I had recently learned that it is a rule of thumb to keep lights mediums and darks together while combining charcoal and graphite. Also not to overlay the two mediums. I though the 4B would go with medium charcoal. Now I see that obviously, 4B is a dark rather than lighter graphite. We live and learn.
Speaking of learning, I was curious about how Coors came to produce Malt Milk. It turns out that Coors turned to the manufacture of milk during prohibition. The equipment and processes used to manufacture beer is the same for malt milk. Coors stopped manufacturing malted milk in 1957.
Another surprise while researching the story behind Coors and their Pure Malted Milk, I discovered that my prize was worth even more than originally thought. I found it on Ebay for $498! It deserves a second sitting for another still life. Next time with lighter medium. Perhaps all charcoal or all graphite. I haven’t decided.
Meanwhile, my work is done, I will conclude it with a beer — absolutely not Coors though... Sorry Coors, but you should have suck to Pure Malted Milk. I like your vintage pots though. 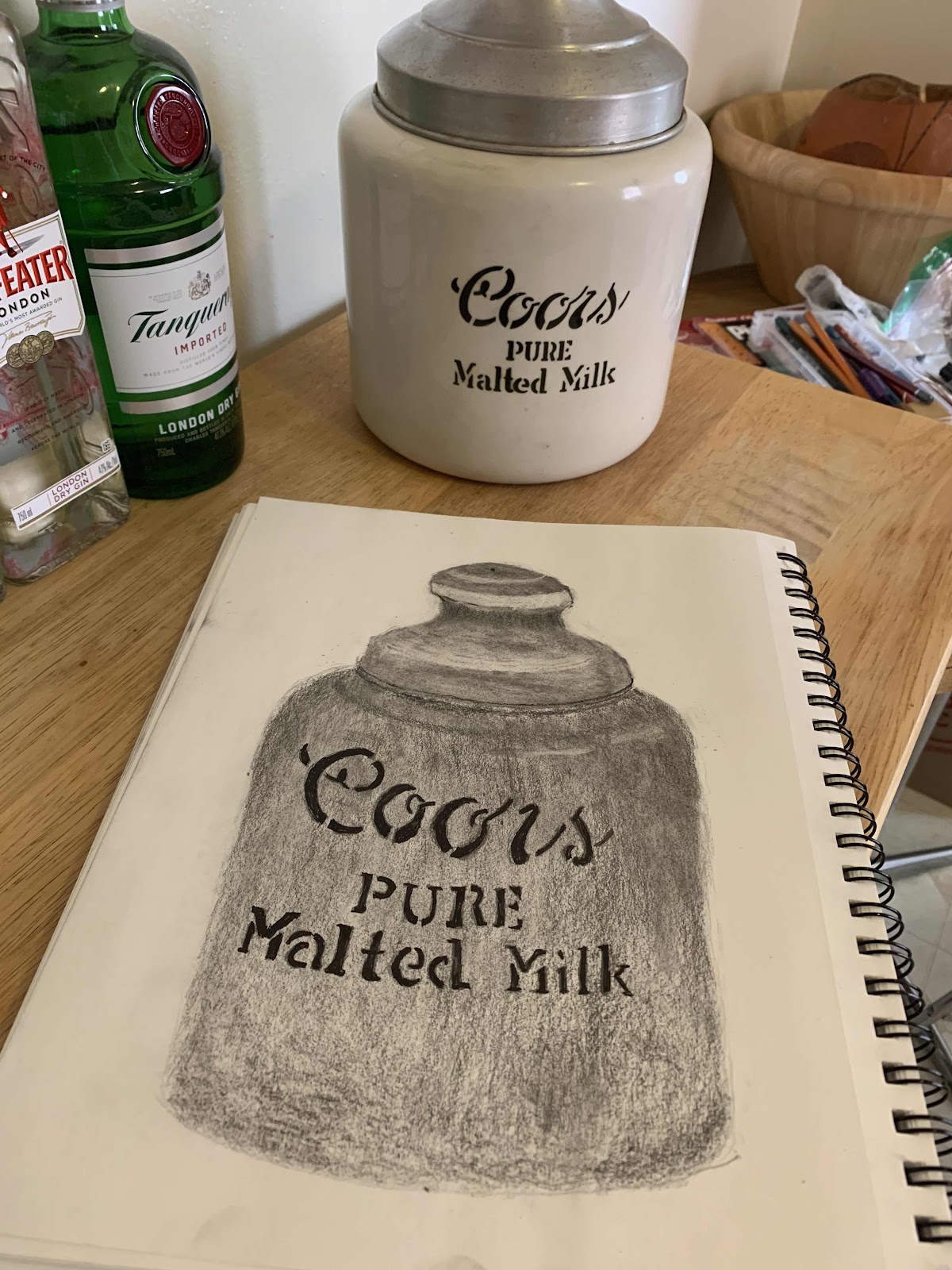 Posted by Adrenoverse at 4:31 PM