The death of Freddie Gray has on both sides of the political spectrum rightly raised legitimate questions and heightened awareness of issues that pervade many inner cities of America. Despite wide media coverage, the question still remains: Did Freddie Gray die from self-harm, or was he murdered in police custody by the officers responsible for his arrest? Seemingly, both sides from the left and right "know" what happened, that fateful night of Gray's arrest and his subsequent death  a week later on April, 19. The chattering classes know what happened and made conclusions based on their biases.

Many on the far left know Gray was murdered by a police department made up of mostly racist thugs who routinely harass young innocent African-American men going about their business despite the fact that three of the officers arrested are African-American. Many on the far right "know" that the young black man slung into the back of a paddy wagon was, "most likely an up to no good thug with a rap sheet as long as your arm!" Sentiments expressed routinely on both sides do nothing but serve to express and reinforce accepted stereotypes because they subscribe to firmly held belief systems. How can the truth be known when the media and politicians placate to the views held by people who base their views upon their biases and belief systems rather than evidence?

Meanwhile, a legitimate question remains: How does a young man sever his spinal cord under his own attempt at self-injury. Such speculation of a tragedy provides ideal fodder for the media because the story appeals to both extremes of the political spectrum to a pitch that it over shadowed the tragedies of Nepal and the 100th Anniversary of the the Armenian genocide.

Even if the officers are found guilty, this does not make most officers racist anymore than if Gray was guilty of breaking the law makes most African-Americans criminals, and, or thugs. It changes nothing. What it should change is our willingness to examine inherent problems which maybe embedded racism within law enforcement and inner city deprivation that inevitably leads to distrust and adversity on both sides of the law. We also perhaps need to examine our own attitudes and biases in our response to these stories. It was interesting to note the response to the violence that ensued across Baltimore after Gray's death.

The right tended to condone the behavior of a mother who beat her teenage son in public. Her son apparently had been involved in the riots. The left condoned the riots as a release of anger and frustration by disenfranchised youth who had suffered decades of racial discrimination. Why does the left seem to condone violence within the black communities?  Both sides condone violence from a different platform.  Now turn the prism: How about a white parent publicly metering out the same beating towards their teenage offspring? Would that have been met with the same response? It's easy to understand why the desperate mother acted the way she did. Young African males are many more times likely than their white counterparts to be killed on the streets. However, to understand something is not to condone it. Why do the right seem to condone the domestic violence by a mother towards her son? The Mayor of Baltimore, Stephanie Rawlings-Blake felt that it was necessary to give space to, “ those who wish to destroy space to do that as well.” Here we have another key player living in a very small room with the blinds down to block out their own biases by condoning violence by giving license to a largely African American community to act out.

New developments as of Friday is that six officers have been charged with murder and manslaughter. We may be getting closer to the truth. The story is evolving and so undoubtedly will be the speculation and verdicts from trials by news outlets and social media. Both sides will accuse each other of ulterior motives to serve their political ends. And to a large extent, both will be right. We can only know the truth by searching for the truth rather than apportioning blame within a framework of political jostling.

During my journey home on Thursday, I witnessed a young African-American man chatting with a police officer who was feeding his police horse with hay in its horse box. The young man explained how he was somewhat afraid of horses, but liked them. The officer showed him how to feed the horse. It was both refreshing and a relief to see a scene that didn't match the fixed and adhered to stereotypes to which both left and right cling. 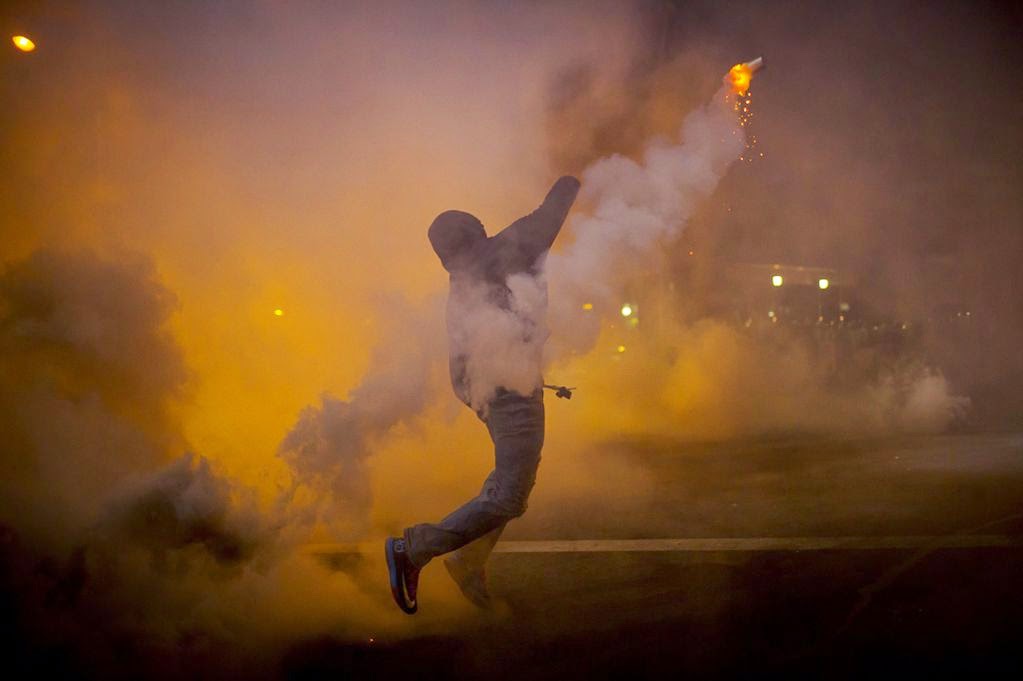 Posted by Adrenoverse at 7:08 PM 4 comments:

People are often sensitive to certain topics that are often painful to face the reality, and the truth. When faced with uncomfortable situations, or propositions, people and even whole nations will employ a cognitive dissonance to protect themselves from such truths or to shield the truth with another false reality that justifies such a truth. Cognitive dissonance is a form of denial. People or a country will seek to counter a discomfort by forming an oppositional argument or attitude that either masks or justifies the truth.

A prime example of such denialism is by Turkey regarding the genocide of one and a half-million Armenians. April 24th, 2015 marks the 100 year anniversary of the Armenian Genocide committed by the Turks at the fall of the Ottoman Empire in 1915.  An article appearing in the New York Times this week explained how after the Turkish Republic was setup, Turkey's first president, Mustava Kemel Ataturk engaged in a massive social-engineering feat of "Turkification". Turkification had an aim to alter the past by erasing it from history with altered "facts" and to paint the picture of Armenians as liars and traitors.

To this day, the result of a century of denialism is reflected in by a foreign policy study by research organization in Istanbul. Their research showed that only 9% of Turks agreed that the government should call the atrocities committed in the last century as genocide. This shows how destructive denialism is as it is a form of deceit. Deceit over time becomes a new reality even though not true.

Truth and myth converge and become difficult to distinguish. It is this convergence that gives rise to everlasting conspiracy theories that take on their own life-forms. Myths are hard to dispel because the form hardened belief systems. Belief systems are almost impossible to break down thus the truth remains unknown and unheard.

Posted by Adrenoverse at 7:36 PM 2 comments: