haunting howling wind
who are you?
you surprise me
on top of a hill
when below -- you were still 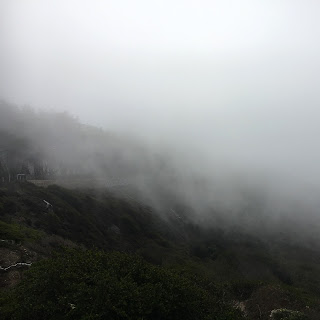 Posted by Adrenoverse at 5:58 PM No comments:

Boots Galore
in this massive store!

boots reaching up to thighs
leaving little more to hide

boots made of solid leather
ready to walk in all weather

But Doc Marten's are the best!
Putting designs to the test

Something about them that go willingly
with anything you damn well please! 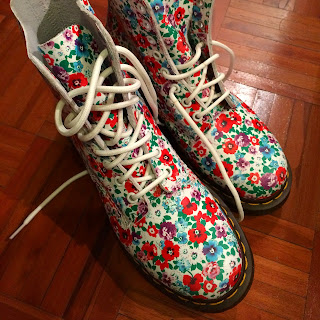 Posted by Adrenoverse at 4:54 PM No comments:

winter is over
rain has gone

a sea of dark
turns an ocean of color

nothing like May to put
the wind in your sail

maybe it's nuts
to run while it's hot

then again, may be not

maybe it's time
to go nuts in May 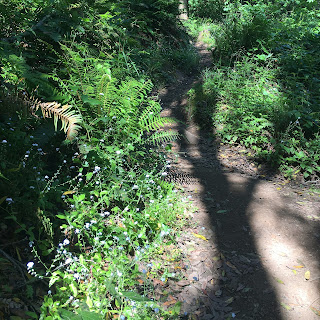 Posted by Adrenoverse at 3:35 PM No comments:

the hat rests at her side 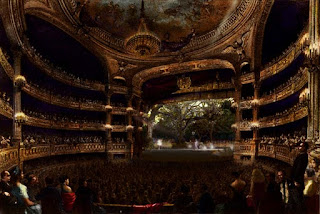 Grey Oppressive foreboding sky making her shy an inner voice exclaims, "I don't want to run in this!"
the bus stops she finds the trail green lushness stops her in her already sodden tracks deeper in this green world she begins to see raindrops bounce off leaves
and even her nose

she wonders...
if it wasn't for the weather, they might have been tears
the tears of a jilted lover pining for past and lost years

she moves on -- thankful for the raindrops 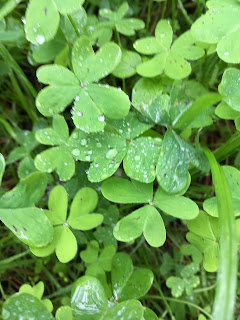 Posted by Adrenoverse at 7:28 PM No comments:

The San Francisco Chronicle article, entitled, "Frederick Douglass and Writing the Resistance" by Vanessa Hua conjured up much imagery painting a wonderful portrait of Frederick Douglass, an abolitionist, and a former slave, who up until the very day he died, dedicated his life to fighting for the oppressed. Hua's article coincided with black history month and also takes into account Trump's inauguration and the subsequent Women's marches that took place across the nation and the world on January, 21, 2017.

A hundred years later, America finds itself waging a similar fight for equality under the umbrella of the civil rights' movement. Fast forward to January, 2017. I find myself standing in the pouring rain in one of the most progressive cities in America outside the Town Hall the day after the inauguration of President Trump finding it difficult to believe people are galvanized to such a pitch that they feel yet another march for equality is necessary. Insofar as decades go, things have indeed changed for women and minorities for the better, but the question remains, by how much? The inauguration of Donald Trump as President of the United States is an indicator that we do not have gender equality and may have even lost some equality.

The fact that we have a president who was freely elected by voters who had a knowledge of the existence of a tape-recording of him bragging to a TV host about sexually assaulting women and subsequently dismissing the banter as, "locker room" talk is demonstrative enough that we have not moved very far towards equality at all. The revelation of the tape should have been enough to end his campaign under a cloud of shame and public outrage, but it did not. The fact that Trump was elected president despite the existence of the tape is more than demonstrative of gender inequality. As a matter of fact, it reduced gender equality even further given that Hillary Rodham Clinton, an accomplished politician with a track record of public service failed to win over voters along the political spectrum. Even worse, she was vilified for infractions such as using a private email account for affairs of state, but Trump remains untouched for admitting to sexually assaulting women. Misogyny was rampant throughout voters' expressions online and at rallies, and was a large factor in Clinton's loss of the presidency.

Women who had accused Trump of harassment and rape were also the target of misogyny. They were dismissed as, "Liars", "Why now?" even though the concept of zeitgeist could answer the latter question. Make no mistake that the misogyny was from all along the political spectrum along with misogynistic language used by everyone who disliked Clinton. The language used across social media to describe Clinton were more often than not, very gender specific. Language included words that described negative traits, or labels reserved for females; "Wall Street Whore", "Bitch", "Old hag", "Shillary", and the list goes on. I am left wondering how Frederick Douglass, a champion for equality, including women's suffrage in the 19th Century would feel hearing such terms being used today in the 21st Century? I'm drawn back to Vanessa Hua's description of two women's poster of the "American flag with the inscription “Words Matter” on an eagle with its wings outstretched." Words indeed, do matter.

The words used to describe Hillary Clinton matter because they are dismissive of women. The words dismiss women because they reduce women from being intellectual beings on a par with men to mere objects of ridicule by only referencing them by their gender and sexuality leaving them devoid of any capability, or reliability. The words confine women within a boundary of derogatory gender-specific traits that place them beneath males. For example, the repeated descriptions of Clinton as shrill; "Why does she have to yell?" Yet Trump's calls to his sycophants to, "Lock her up!" went unheeded. Ever heard of a man being described as "Shrill"? Never. And you won't because that is a word reserved for women only. Men can't be shrill, only forthright and direct. Never shrill -- only, "saying how it is."

The fact that Donald Trump is now president demonstrates that his words, tone and inflections were not put up to the same scrutiny as Hillary Clinton's intonations. If anything, the supporters of Trump were galvanized by Trump's yelling. Trump's yelling helped him in contrast to Clinton who was penalized for behaving in a similar way when she described supporters of Trump, as a "Basket of Deplorables." Both sides screened her labeling of predominately white working-class Trump voters with a fine comb and rightly so, but Trump's calls to "Lock her up" and "crooked Hillary" were not put up to the same scrutiny. Clinton lost credibility whereas Trump gained it. A male politician behaving unlike a president became an asset rather than a liability -- it got Trump elected. Words really do matter. Gender-specific words reserved only for women model attitudes. Those attitudes manifested themselves throughout the election and legitimized them. It is precisely why we do not have gender equality and why America does not and most likely will not have a female President in the foreseeable future. Sad! 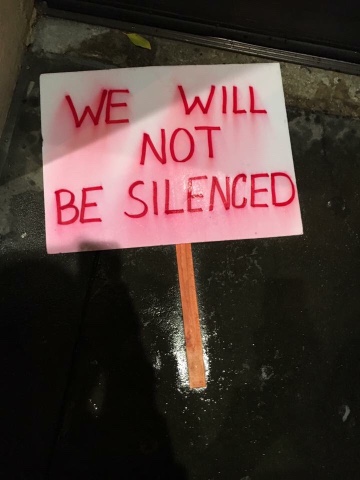 Posted by Adrenoverse at 11:47 AM No comments: